Perhaps it’s because we are based here in New York, perhaps it’s because we have such a diverse background of professional experience, or perhaps we just think differently but in business today there seems to be a magnitude of talking and not nearly enough doing. Regardless of the industry, there seems to be a lack of accountability, fortitude and innovation. To borrow a line from a great movie, “do or do not…there is no try “ 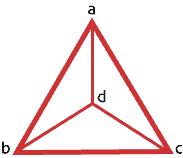 Phacient is a play on the the word ‘facient’, defined as:

There is also a mathematical connotation to it:

(a) One of the variables of a quantic as distinguished from a coefficient. (b) The multiplier.

Both of these things are paramount to our ideology. Many times, the worst decision one can make is to do nothing. In these cases ANY action is better than none. What’s often critical is realizing this quickly – and acting.

Secondly, since there is an aspect of multiplication the name alludes to economies of scale, efficiency and synergy. It’s specialized, intentional and universal. Also, it is uncommon. We are not your run-of-the-mill consultants.